http://thenovicegardener.wordpress.com/Today I am going to tell you a little story...a love story at that...not like Love in the Time of Cholera of course, which without a doubt is one of my top ten anytime reads..but it is a story of love,longing and companionship nevertheless..Whats yours?? Do share!! 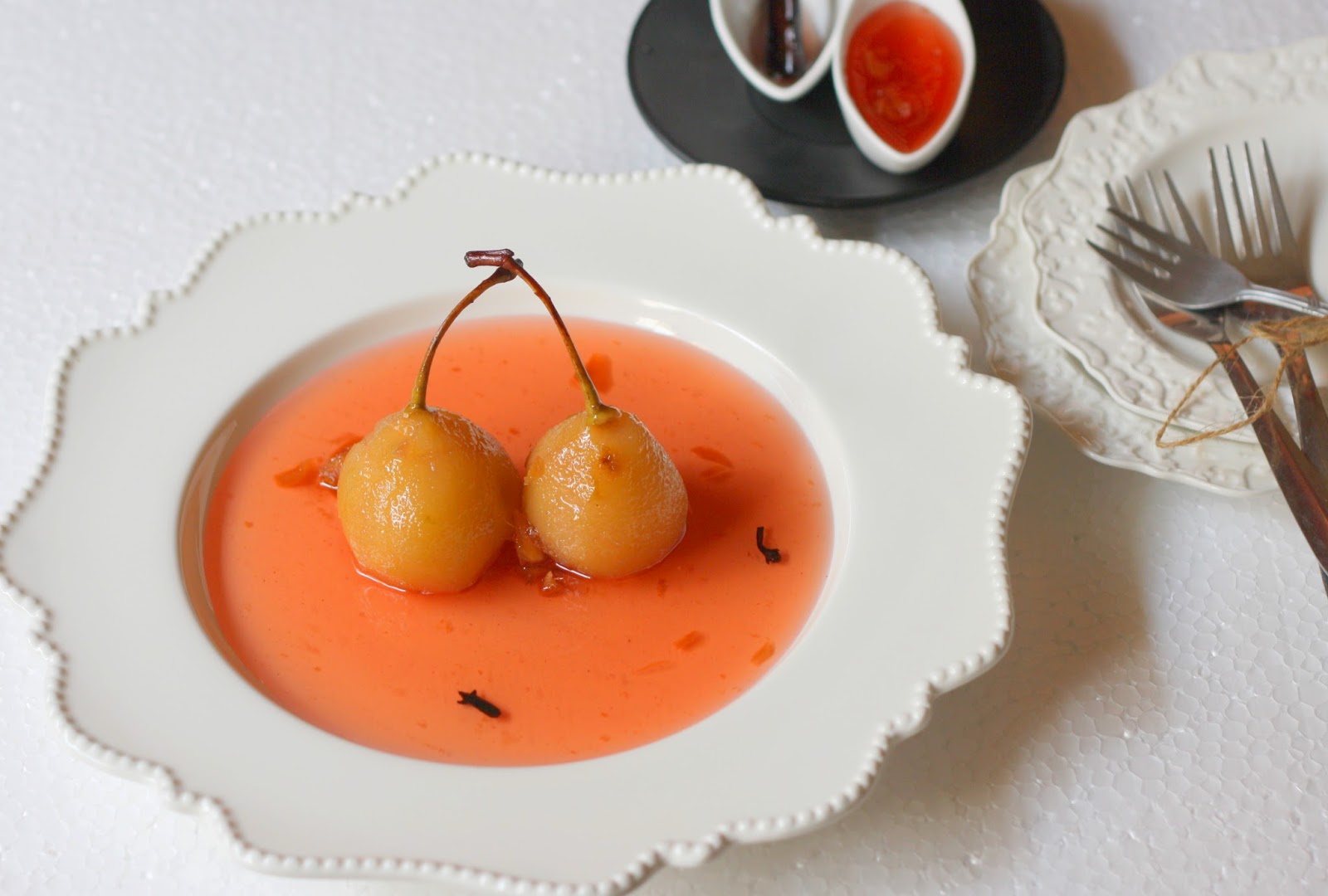 Its about a certain Mr.P and his darling Mrs.P..
No No.. this isn't about Me and my P..although that is a story I must recount some other time...It needs its time and its own space...But for now, lets just suffice to say it was nothing short of the drama of the movie ,Two States! Yup...Ours was every bit as filmy!! More on that later. Promise. 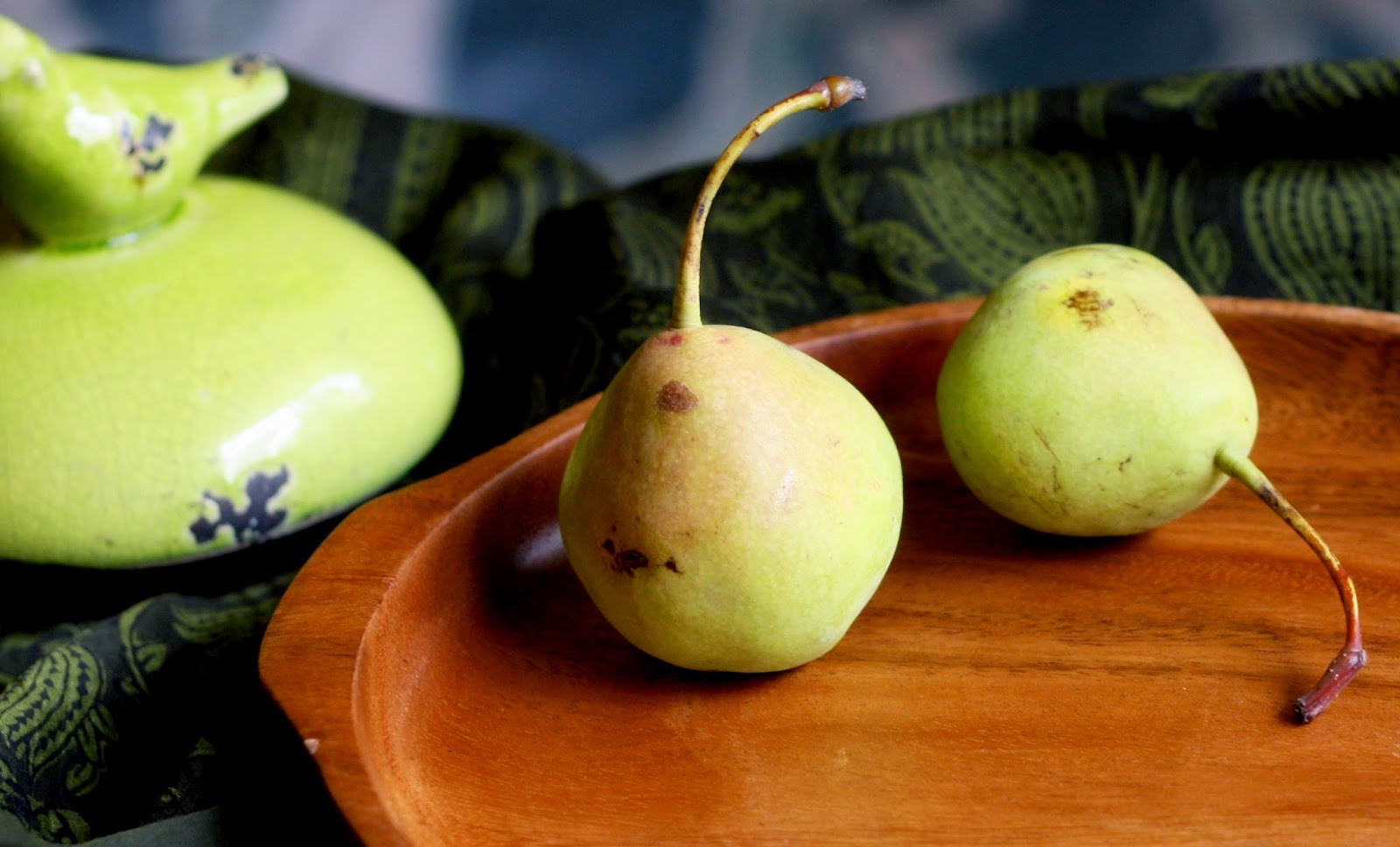 But for now lets delve into the story of Mr. & Mrs. P...
There were once 2 pears... a rather boisterous,cocky Mr.P and a gentle,blushing Mrs.P..
They used to hang out very cozily on a tree...But one day, swooped down a great big bird...and pecked at their lil branch..and down they went spiraling together,till they landed in the  plump food loving palms of your darling S!! ;) 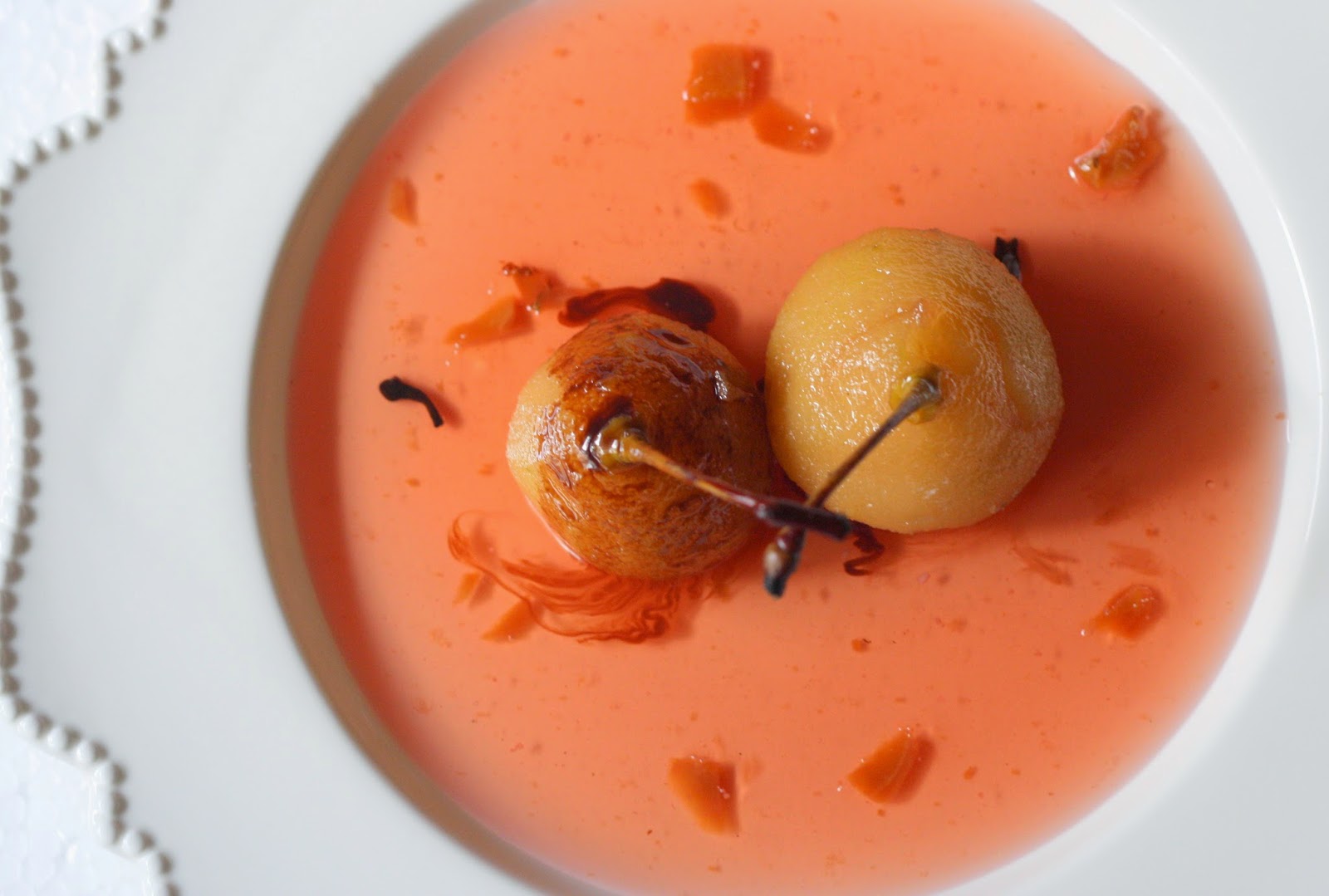 Yay!! I saved the day...and them!
And then promptly decided to make them into something utterly and totally delicious!
It was the first time I was doing this...and I can't believe I hadn't done it earlier..How..I mean how could I have been so so so dumb and late to the party!? 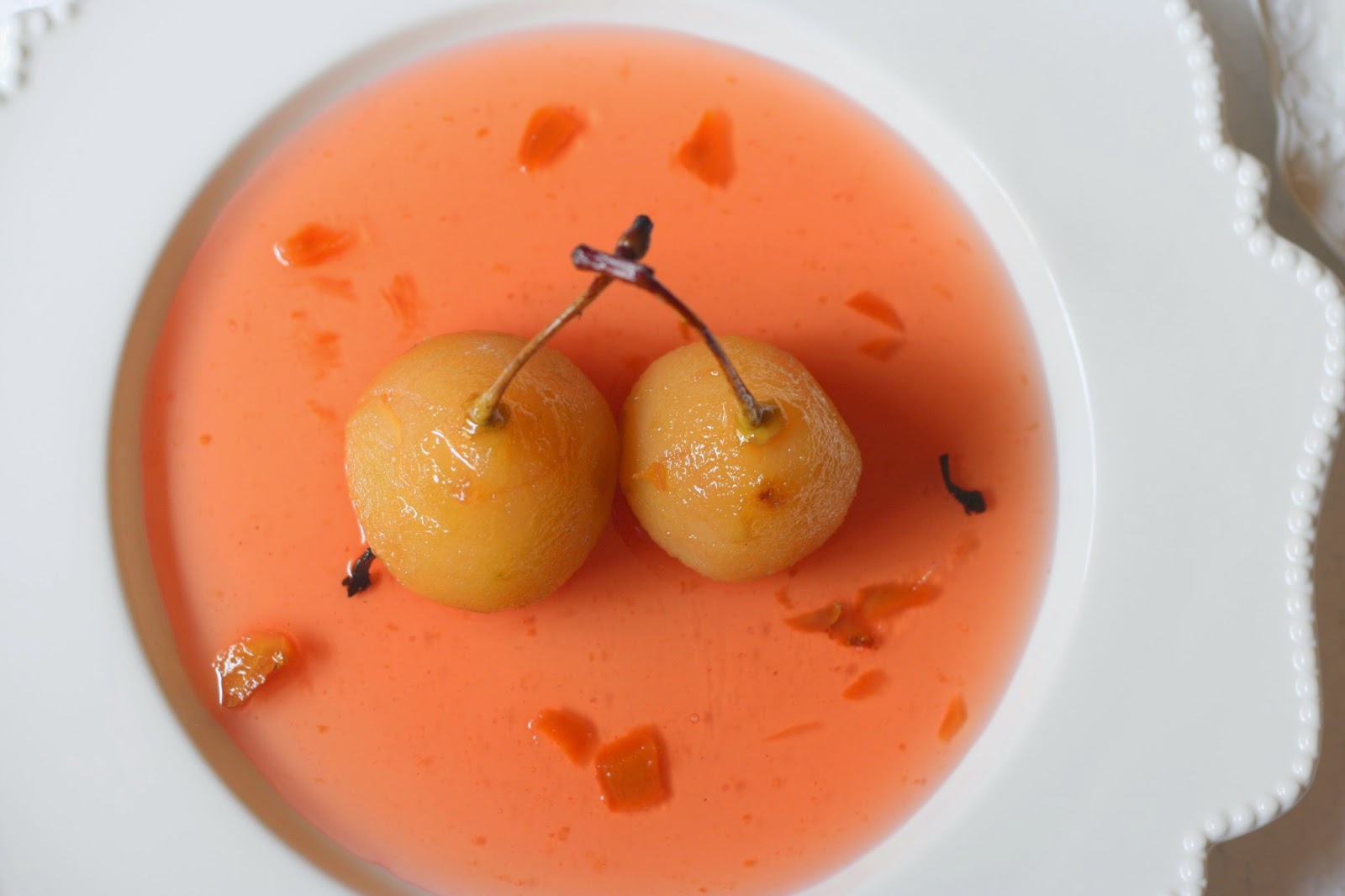 If you are as bored as me of eating fruits, then you will love this classic spin on a simple stone fruit!
It makes the pear soft and infused with heavenly fragrance that comes from the poaching...
"Poaching" simply means to take something that isn't ours..to steal...
Here Pears Poach in the true sense... They steal away all the flavors and fragrance of the syrup and infuse themselves with it..making them totally ridiculously tasty!
And man , have I become a fan of Poaching, not stealing mind you!! :P 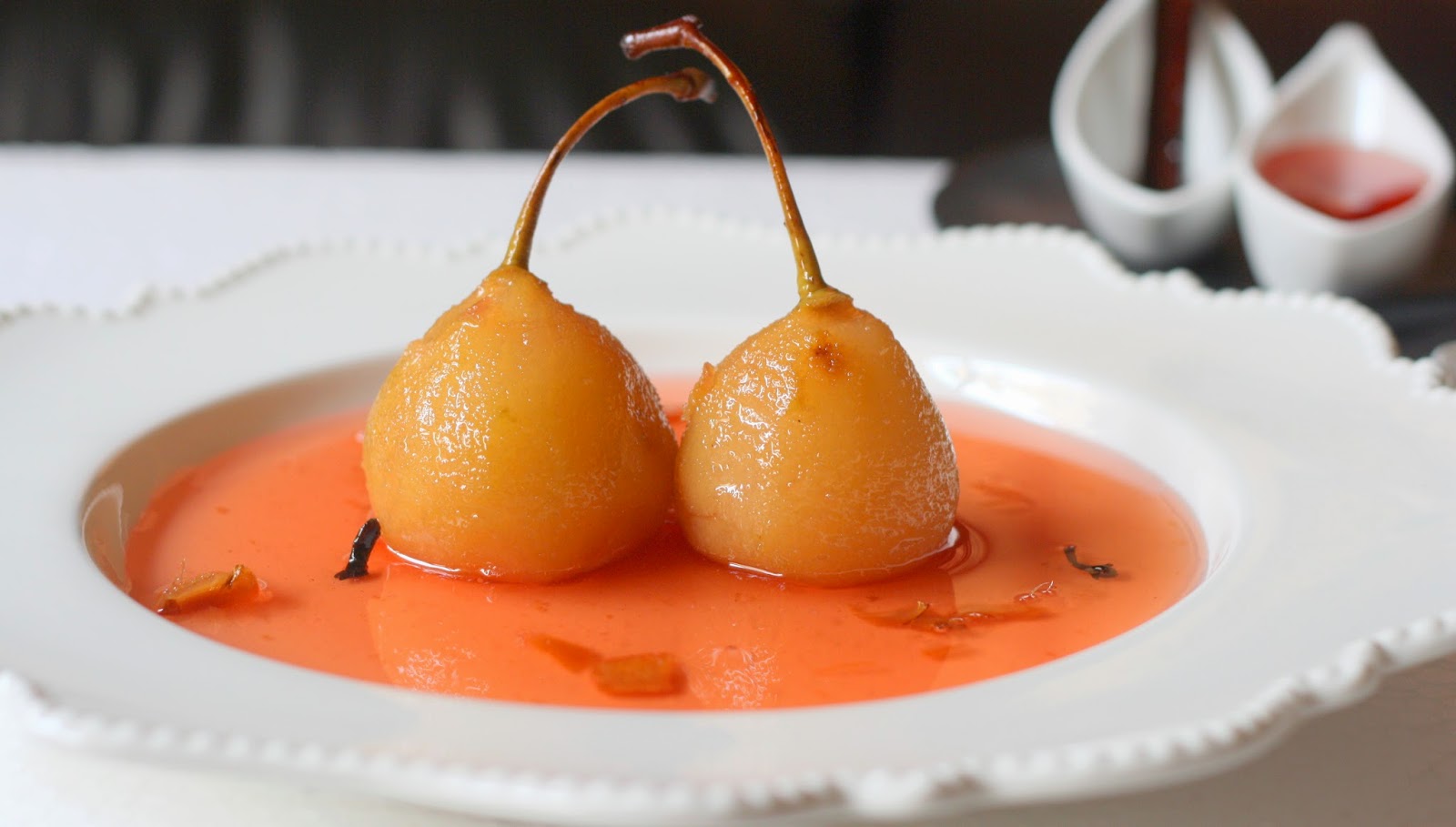 Here, I poach it in some deliciously fragrant earthy sweet cinnamons..spicy ginger..sweet honey and red wine! The infused syrup is simply phenomenal... 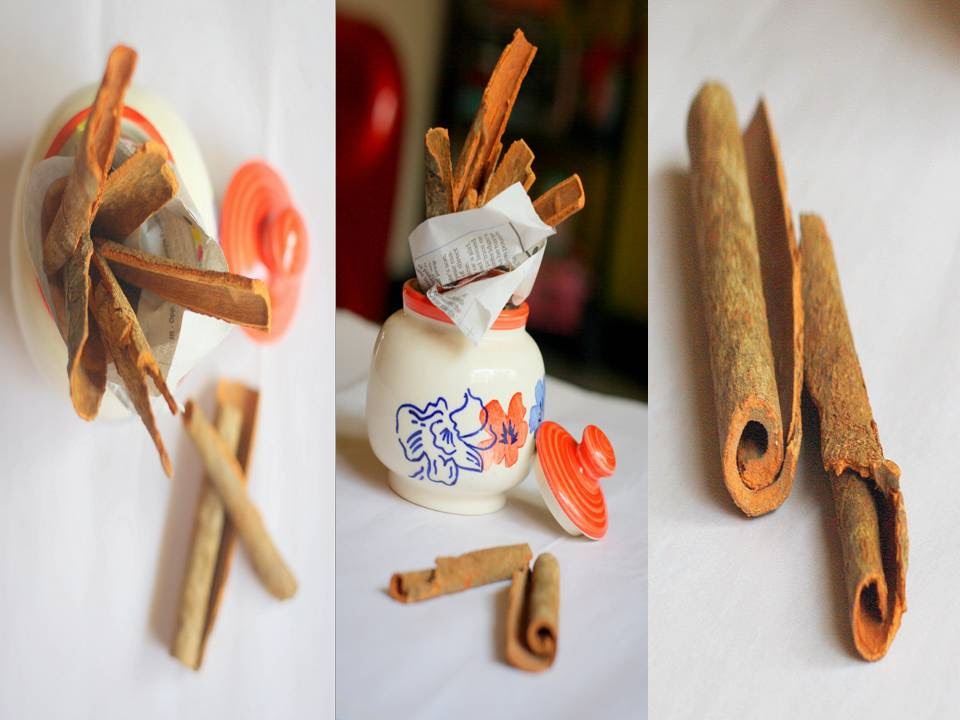 Its a rather simple dessert..served warm with a side of cold ice cream,it becomes a perfect sweet dish.
Try this when you are in the food to jazz up some regular pears and turn them into something rather special...like Cinderella before and after the ball... Now thats a story for yet another time!! 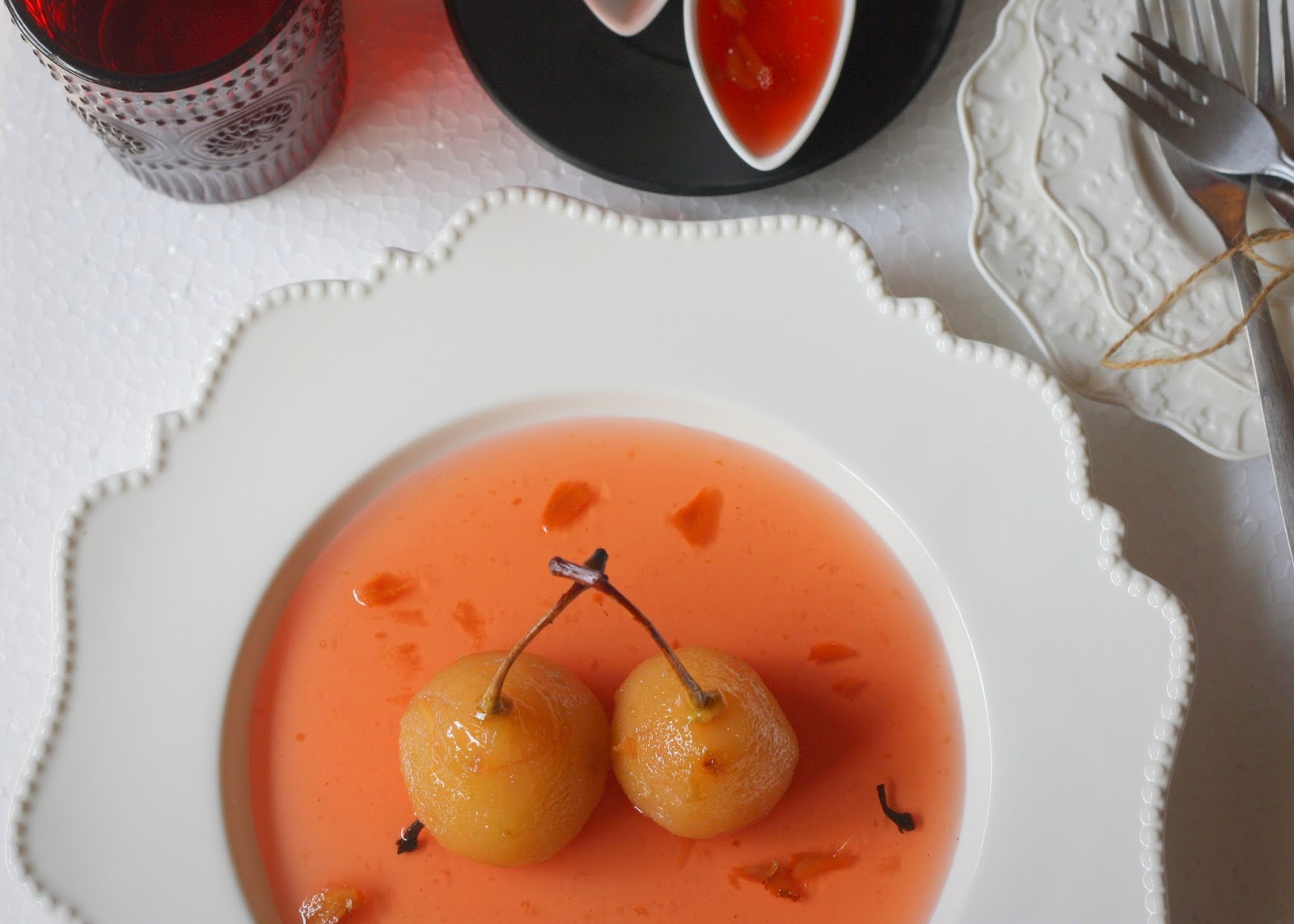 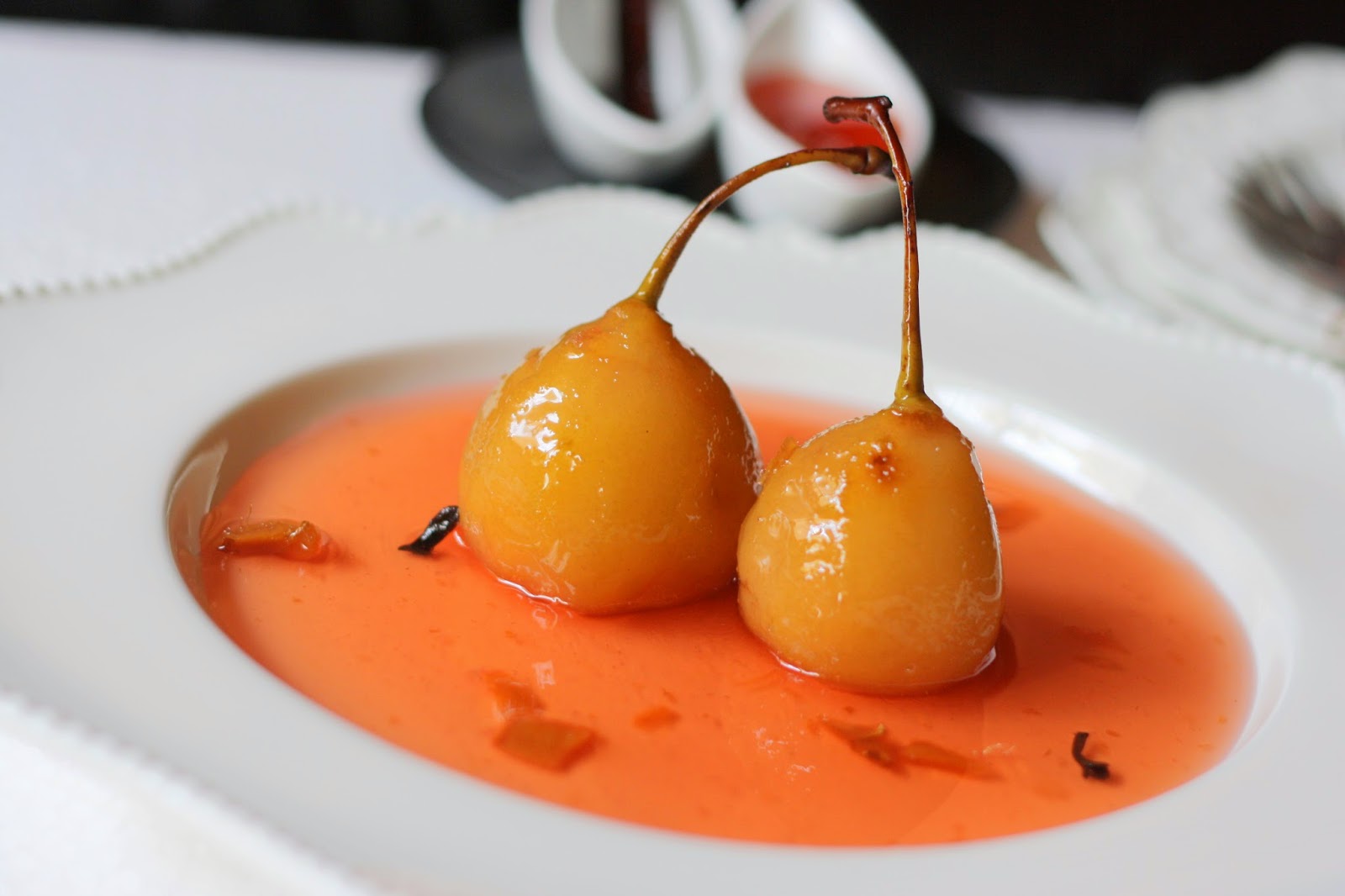